In 2016, my mom had the flu twice, countless sinus infections, and was on antibiotics way too many times for one human. Her primary care provider gave her Z-pac after Z-pac to address the outward symptoms of what was surely just an odd strain of infection that wasn’t giving up without a fight. They looked any deeper to figure out why she was suddenly having so many infections.

In June, while on vacation with her sisters, my mom went to urgent care because she had finished her last round of antibiotics and still didn’t feel any better. That urgent care decided they were going to run some bloodwork after hearing of her ongoing antibiotic use. Something so simple, something that her PCP should have done two or three rounds of antibiotics before, and our whole lives were changed. Her blood cell counts were way off and they recommended she go straight to the emergency room.

That was on a Monday. By Tuesday, she had an official diagnosis — Acute Myeloid Leukemia. By Wednesday, she had started an aggressive, constant IV form of chemotherapy. On Thursday, she suffered a stroke caused by how thick and goopy the cancer blast cells made her blood. It took until Friday morning for a neurologist to officially declare her void of brain activity so we could remove life support.

Diagnosis to death, we had four days with my mom. Four. Days. I was 26 years old, and my youngest brother was only 15. We were four months out from my wedding day. I remember, me, a grown woman, curling up in my aunt’s lap, crying that I couldn’t get married without my mom. We had no idea she was even sick just a week before. Sure, there were a few signs…but signs that were easily missed by a medical professional, let alone the average person!

Almost 10% of all cancer diagnoses and 10% of all cancer-related deaths every year in the United States are attributed to leukemia, lymphoma or myeloma. Blood cancers are a silent disease, often going unnoticed or diagnosed as other, less serious illnesses that manifest as a symptom of the underlying cancer.

Most forms of leukemia and lymphoma are treatable if found early enough. If something feels off in your own body or doesn’t seem right with your loved one, please encourage them to have additional testing done. Don’t just keep taking the antibiotics. Don’t trust that your PCP is always going to dig for the deeper answer without you asking the questions. If something feels wrong, say something. You are your own best advocate…..and no one should have to get married without their mom if it can be avoided.

For more information, check out the Leukemia and Lymphoma Society website. 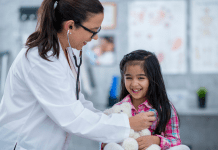 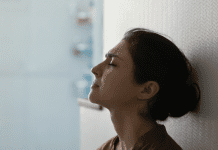 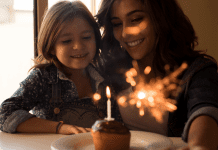